Doing the right thing in the post Covid-19 world 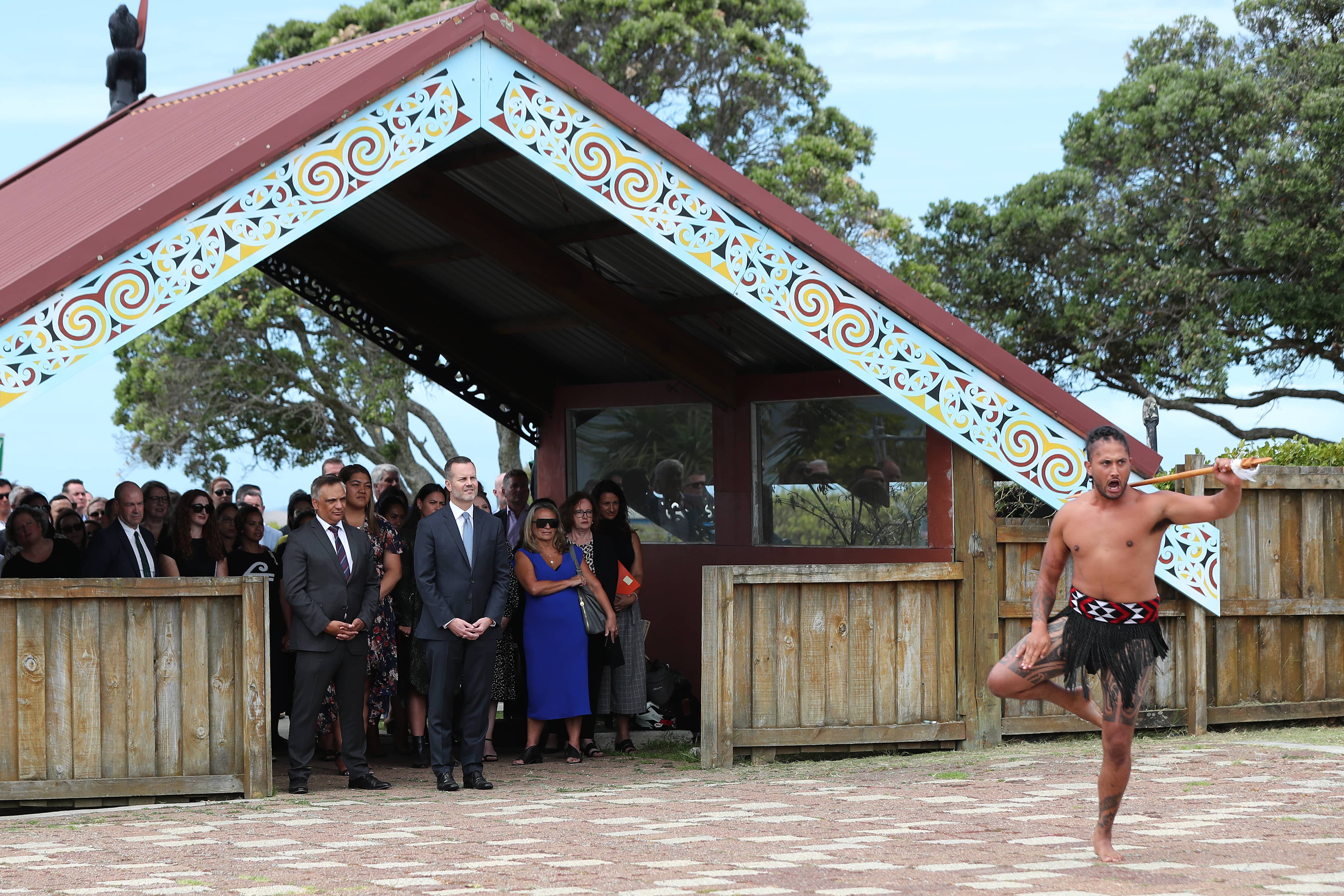 New Zealand’s response to the pandemic has been world-leading in many ways. But if we want to lead the world in building a new and durable society after Covid-19, writes Kerensa Johnston, then the principles of manaakitanga and kaitiakitanga, alongside rangatiratanga, need to be front and centre in our policy and constitutional future.

A couple of months ago, Kim Hill interviewed Francis Tipene on Radio New Zealand about his new book, Life as a Casketeer. Francis is the funeral director who’s become a semi-celebrity through the TV series The Casketeers. He told Kim that most Māori families in New Zealand — in fact, perhaps as many as 99 per cent — prefer an open casket for the tangihanga of their loved ones.

This came as a surprise to Kim, who had led into this conversation by sharing her own fact: that perhaps as few as 5 per cent of families choose an open casket when organising the funeral of a family member.

That statistic was shared, as so many statistics are in our media, as though it holds true for all New Zealanders — as if the majority sets the bar for the rest of us.

As I listened to the interview and nodded in agreement at what Francis and his wife Kaiora talked about — everything from the importance of tikanga in the tangihanga process to the value of including children in our rituals and the grieving process — it struck me that those of us who live and work in the Māori world tend to take this knowledge for granted.

Yet many Pākehā in our country have little, if any, knowledge about our tikanga, our beliefs and practices. In essence, they have no idea who we are or why we do the things we do.

At Waitangi this year, there was an acknowledgement of this, with politicians and commentators saying that, for too long, Māori have had to step into the Pākehā world. We’ve had no choice about this because of the impact of colonisation on every aspect of our lives. We understand the rules of engagement, and the values and principles that underpin te ao Pākehā because it’s been part of us for so long.

The call at Waitangi this year was that it’s time for Pākehā to learn about te ao Māori, the Māori world.

When I was growing up in the 1980s and 1990s, most of the Pākehā I came across, outside of my immediate family, had no interest in, or understanding of, te ao Māori.

If something was happening in te ao Māori, if they thought about it at all, it happened on the periphery. It had no relevance to their daily lives.

Growing up in the heart of Ngāti Awa and Tūhoe country, I was caught off guard when a Pākehā friend, born and raised in Whakatāne, asked me for the name of the local iwi. It seemed a basic fact to me, but it had passed her by completely.

What saved me that year, my last year at secondary school, was a very traditional Pākehā history teacher. A man ahead of his time, he refused to teach Elizabethan history to New Zealand students. Instead, he prescribed texts such as Claudia Orange’s The Treaty of Waitangi and made us watch films about issues such as the 1981 Springbok Tour.

And yet, times are changing.

Many immigrants who settle in New Zealand learn te reo Māori, spend time on our marae and in our communities, and they make active attempts to learn and be part of Māori life.

Although many Pākehā who I’ve met have never been to the marae in their hometown, or have only a cursory knowledge of the iwi and hapū in their region, there are more and more Pākehā who are appreciating that their identity as New Zealanders — their sense of humour, kindness, generosity, and practicality — all owe something to their relationship with Māori. And that those same characteristics and values are deeply embedded in te ao Māori.

And while our relationships to our whenua and water differ in some important respects — Māori see our rivers and our maunga as living ancestors to be cherished and cared for —  Māori and Pākehā do share a fiercely held belief that they must be looked after for generations of mokopuna to come.

In many ways, Māori and Pākehā are different sides of the same coin. Our identities are inextricably linked, just as our histories are. We’ve been shaped by our interactions with each other. Pākehā identity derives from the recognition of Māori identity, which in turn requires a recognition of Te Tiriti o Waitangi and the constitutional blueprint it established, which enables Māori and Pākehā to live peacefully here in partnership.

If you’re a Pākehā describing yourself as “Pākehā” — instead of a “Kiwi”, or worse, a “European” — that is a political and wholly positive act because it affirms the existence and authority of Māori as the indigenous people of our country and the importance of Te Tiriti and our bicultural relationship.

In the last 20 years, there’s been a growing understanding that the wellbeing of our country depends on the strength of our relationships with each other. Never has this been more important than now, as we face the challenge of Covid-19 together.

At the heart of this relationship is Te Tiriti o Waitangi, debated and signed by more than 500 rangatira on behalf of their hapū.

It’s our responsibility as New Zealanders, regardless of our cultural background and identity, to engage with te Tiriti in order to understand its significance and the role it plays in underpinning our constitutional foundations.

Those foundations are not nearly strong enough yet. This is largely because the Crown has still failed to grapple with genuine Tiriti-driven reform of our legal, political and economic structures in a way that places Māori and Pākehā power sharing and decision making at the heart of our political system.

All over the western world, communities are struggling with the current political and economic order. It has led to the climate crises, poor physical and mental health, poverty, and growing economic inequality and instability, particularly for indigenous communities. We know these problems will be compounded many times over by the Covid-19 crisis.

Here in Aotearoa, we have an opportunity to respond to the long-term implications of the issues facing us, alongside the Covid-19 crisis, in the same way that we have responded to the short-term Covid-19 crisis — that is, decisively, with courage, and leadership intent on doing the right thing, even when we don’t exactly know what the right thing is or how to achieve it.

In the longer term, doing the right thing means committing to a Tiriti-based partnership and the equal sharing of Māori and Crown decision-making — something that hasn’t been particularly visible, at least publicly, in the last month.

In many ways, the principles of manaakitanga and kaitiakitanga have clearly underpinned the government’s response to Covid-19 over these past few weeks.

But these principles must now be front and centre in our policy and constitutional future, alongside rangatiratanga, if we really want to lead the world in building a new and durable society.

What this means in practice is a political and economic system underpinned by principles including rangatiratanga, manaakitanga and kaitiakitanga — as well as the best of the common law, the rule of law, and democratic and human rights’ values.

This is, of course, much easier said than done, but there are examples we can follow. We can incentivise our businesses to grow food sustainably and create better products. We can reward companies which have strong health, safety and wellbeing records. We can legislate, as the government is doing, even in times of crisis, to raise wages and improve working conditions.

Over the past few weeks, we’ve shown that we can divert funds when needed to deal with our most urgent health and education needs.

For Māori throughout the country, we will have to be vigilant in the new post Covid-19 environment. There will be significant pressure on the government to relax and, in some cases, abandon environmental, cultural and human rights protections in favour of economic returns.

As our election approaches, the issues that will be front and centre will still be poverty and severe inequality, the health of our whenua and waterways, inequity in health treatment and outcomes, inadequate or lack of housing, and unacceptable outcomes in education.

And they’ll sit alongside all of the consequences we’ll also have to confront as a result of Covid-19.

Kerensa Johnston (Ngāti Tama, Ngāruahine and Ngāti Whāwhakia) is the chief executive of Wakatū Incorporation, based in Nelson. She has a commercial and legal background, specialising in Māori legal development, constitutional law and international law. Kerensa is the chair of the board of Ngā Pae o te Māramatanga, the Māori Centre of Research Excellence and a member of the International Association of Corporate Counsel, Corporate Lawyers’ New Zealand, and Te Hunga Roia, the Māori Law Society.