CYFS has failed our kids. Miserably. 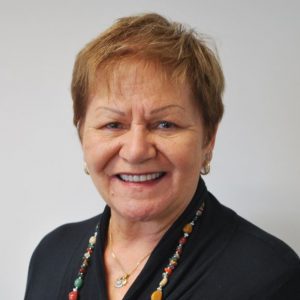 Naida Glavish was in the limelight in 1984 when, as a young tolls operator for the Post Office, she risked suspension by greeting callers with “Kia ora”. That wasn’t acceptable until she tested that language boundary. Since then, she has routinely pushed other boundaries – as a strong advocate of te reo Maori, as a long-time advocate for incorporating tikanga Maori into health practices, as a leader in the development of Whanau Ora, as a political leader in her role as president of the Maori Party, and as a critic of clumsy, government social welfare organisations.

The report from the Children’s Commissioner, Russell Wills, last week, should prompt some urgent action. Not just from CYFS [Child, Youth and Family], who he was criticising, but from Maori as well.

He was pointing to a number of problems – the high percentage of Maori among CYFS “clients”, the failure to help them identify with their culture, and also the failure to monitor what happens later on to those CYFS kids.

So we have some serious concerns. But my main concern, of course, comes back to Maori needing to examine why and how our children got into the hands of CYFS in the first place. How did our children get there?

We Maori are the ones who keep saying: “There is nothing more important than our mokopuna because our mokopuna are the reflections of our tupuna.”

But, if that be the case, then we need to look at what’s happened in our society and our whanau that explains how these children came into the “care” of CYFS.

As it is, we have CYFS assuming the “in loco parentis” responsibility over our children rather than having our whanau being given enough support to look after these children when their parents aren’t able to. Generally, there’d be someone in the wider whanau who, if they had support, could take on that parenting role.

But, rather than looking there, the whanau has been taken right out of the equation by CYFS – and then CYFS has failed our kids miserably. Miserably. And it hasn’t been honest enough until now to admit it. Then, to make matters worse, their failure has been as bad as what they saw as the original problem.

Two years ago, I was one of several iwi chairs at a hui in Hopuhopu with the then Minister of Social Development, Paula Bennett. She challenged the iwi over the number of our children being in CYFS care – and she wanted to know what we were going to do about it.

But she made it clear that, if our kids were returned to our care, there would be no government resources coming our way. That was the stand taken by a Minister of the Crown.

I know that Ngapuhi and Ngati Whatua, in particular, arranged for a meeting with that minister to explain that they were interested in building a kainga of some sort, where we could bring our children and our mokopuna back to us – and where we could rehabilitate and then reintegrate them into their iwi. That, however, is as far as that discussion has gone until now.

But at least this report is timely, seeing that there are all these discussions at the moment about the way Whanau Ora should be operating. Also, there has been some disturbing but helpful observations from Andrew Becroft, the Principal Youth Court judge, who has focused on the link, or the busy pathway really, between CYFS clients, and the youth courts and then prison.

The pattern is for CYFS kids, if there’s no effective intervention, to move on to youths courts, and then, in due course, to prison. So they’re all connected, which means we can’t focus on just one area. And we have a huge clean-up job to do.

Instead of those government departments providing culturally appropriate care, they’ve become cultural invaders and have capitalised on the misery of Maori – and they haven’t looked for solutions within the iwi.

This is one time when we should pay attention to what Arapeta Einstein once said: “No problem will ever be solved in the same consciousness that created it.”