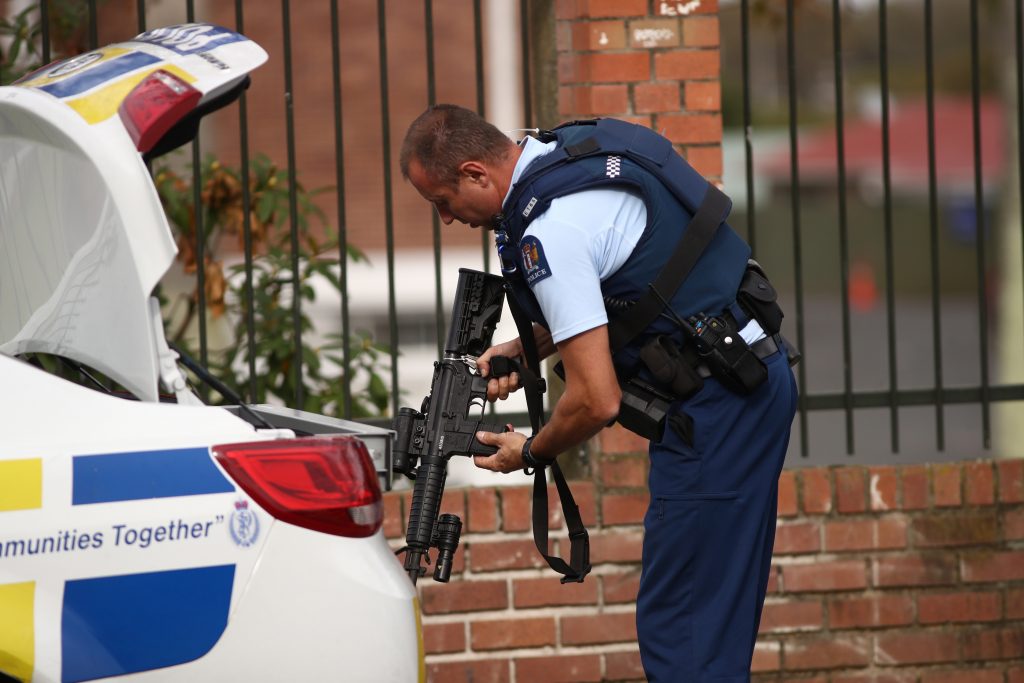 Watching the US burning after the racist killing of George Floyd, it’s tempting to feel smug about how much better we are in New Zealand, writes Tim McKinnel. But we aren’t as virtuous as we’d like to think.

The US has been here many times before. Rodney King, Eric Garner, and now George Floyd are names the world remembers because cameras caught cowardly police officers beating and squeezing the life out of unarmed Black men. There are hundreds more beatings and deaths that weren’t filmed and whose names we’ll never know.

US police don’t just beat and squeeze the life out of their victims. They also have a penchant for shooting them, particularly Black men, to the point where it’s almost become passé.

Who knows the name Ryan Twyman? Last year, the Los Angeles police shot Twyman 34 times while he sat, unarmed, in a car, killing him. He was one of four people shot and killed by LA police that day.

Each time a high-profile beating or death unfolds on the other side of the Pacific, many of us find it tempting to reflect smugly on how fortunate we are in Aotearoa New Zealand, that our society, our race relations, and our police are better than that.

However, as I continue to learn, that is a comfortable middle-class Pākehā view. I know, and work in, communities where the feeling is that we are much closer to the precipice than we care to admit.

Militarised policing, as we’re seeing in Minneapolis, has become synonymous with the US in recent decades. We see it in the hundreds of police shootings each year, and less often when oppressed communities attempt an insurrection after high-profile beatings or deaths.

Worryingly, this aggressive form of policing has been spreading its tentacles around the world for several decades, and New Zealand is not immune. One needs only to reflect on the 2007 Operation 8 Police raids in Te Urewera, the US-inspired paramilitary raid on the Dotcom family home in 2012, or most recently, the disastrous trialling of “Armed Response Teams”, or ARTs.

While the failures of Operation 8 and the Dotcom raids are well documented, a recent spate of police responses to Official Information Act requests have shed some light on the ART trials. The permanently armed and tinted-out SUVs that descended on three unsuspecting communities late last year were fraught from the very beginning. Police documents make it clear that the trial was fundamentally flawed before it began.

It’s also evident that there was no meaningful consultation with the affected communities or the police’s Treaty partner, that the teams were to be used as routine policing tools (contrary to the then police commissioner’s claims at the launch event), and that, unsurprisingly, the armed teams went on to disproportionately apprehend Māori and Pasifika.

Ever since the police hosted their slick launch event last October for the ARTs, Māori and Pasifika communities have been expressing concern about the deployment of full-time armed units roving the streets — and with good reason.

But we ought not to single out the police as the only proponents for militarising the police in New Zealand. About a month after the ART launch, the National Party announced, in a policy document, the idea of introducing a New Zealand replica of the asininely and aggressively named New South Wales “Strike Force Raptor” teams.

For tough-on-crime acolytes, militarised policing has a certain allure. It’s the idea that smashing the bad guys into oblivion through intimidation and brute force will keep communities and police safe.

But it’s a fantasy. The evidence is clear. That’s not how it works. A Princeton study published in 2018 put it plainly: “Militarised policing is ineffective in decreasing crime and protecting police, and may actually weaken the public’s image of the police”.

Looking at it from the outside, the deeply flawed ART trial appears to have been a combination of groupthink and opportunism, as well as an egregious example of policing by decree, rather than consent.

I hope that community objections and resistance in recent months, as well as the police’s own embarrassing internal documents, will force a rethink on what armed policing in Aotearoa New Zealand should look like.

The new police commissioner, Andrew Coster, represents a new generation in police leadership, one that I anticipate will base decisions on evidence, and wide and active engagement with Māori and other affected communities.

In recent days, I’ve heard him explain that ARTs were introduced because the way police respond to firearms incidents needed to be improved, to enhance the safety of the public and police staff. I have no difficulty with that, if it’s an evidence-based position.

Unlike his predecessor, Commissioner Coster and his team need to communicate to the public what the issues are that police face, backed by evidence, and then consult broadly and deeply with the community, Māori and Pasifika in particular, in a search for a model that will enhance police and public safety.

As events in the US continue to demonstrate, a model based on militarised policing doesn’t have much hope of achieving “Safer Communities Together”.