Tihi Puanaki: Kapa haka has been my life 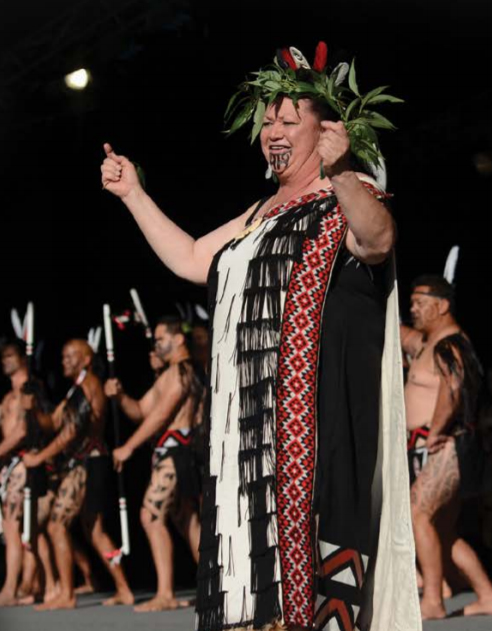 Tihi Puanaki: “I just think we’re starting to overdo it.”

Tihi Puanaki is one of Aotearoa’s larger than life characters. A legend among her Ngāti Hine people in the north and beyond — and especially revered in Te Waipounamu for her longtime role as a champion of kapa haka and te reo Māori.

Kia ora, Tihi. You’ve been leading a busy life as a teacher, a kapa haka performer, composer, choreographer and instructor — and that sets me wondering what kaupapa has given you the most satisfaction?

But, also, it’s always been whānau. And it’s whānau, as my tāne, Wiremu, and I head into the golden years, still doing haka which goes out to all the other kaupapa. With the boys in there too, and our mokopuna and the rest of the whānau whānui. That gives me great joy.

I’ve just stopped performing in Te Matatini — mainly because we didn’t get in. We didn’t qualify. But the demographics in the South Island means that you lose members as they travel further afield and you don’t have a constant pool of performers to call on.

So, we didn’t get in. But I get great joy now just going to Te Matatini and seeing the moko performing. And it’s giving me a bit of a thrill just talking about that now.

Well, I’ve been watching, as you probably were, our secondary schools kapa — and the quality of their performance, their choreography, their harmony was quite exceptional at times. And I imagine that you’ve watched kapa haka change the lives of many young people around you.

That’s probably one of the reasons that I’ve hung in. Well, firstly, there’s the personal pleasure I get from performing — the showman, show-off, prima donna side of it. But also, I understood early in my life that there’s a huge empowering process going on through kapa haka.

Just the other day, I was talking to Kimiora Webster at the Māori teachers’ conference where the theme at one session was on using kapa haka to tap into the potential of our young. And I said: “You know, bro, if our young people do haka for years, they can stand in any forum whether it’s a place full of tourists and Pākehā or whether it’s on marae.” That haka experience upskills and equips them.

Some of those young ones may say: “Bloody kuia, raving on.” But, when they’re performing with all that training behind them, they can buzz out Māori who’re watching — and turn them on to te ao Māori. That’s the first thing. Then there’s the bridge-building stuff with non-Māori.

Despite that sort of payoff, there’s often criticism of the amount of time invested, especially at high school, in kapa haka. Do you think that a bit more reading, writing and arithmetic and a little less kapa haka might do the trick for kids who need to find jobs? Or is there something about kapa in schools that sets a solid platform for life?

Yes, there is. That’s because it’s multidisciplinary. They’re learning, and their minds are sharpened through learning the long mōteatea. And they’re learning not just the material and skills but a sense of commitment, too. And a sense of responsibility to people.

There’s also a chance to learn how to deal with success, because some of them can get a bit bolshie and start to show off and get whakahīhī. Becoming more confident. And lippy.

I’ve always said that one of our roles as kaiako haka is showing the young performers and whoever we teach how to handle things when people lap you up, and showing how not to get whakahīhī.

You shouldn’t carry on like one of my relations did at one festival where people were saying: “Aw, your performance was lovely. We really enjoyed it.” And so this whanaunga — she’s brand new but typical Ngāti Hine — hears all the compliments, especially the “You were fantastic.”

When she tells the story, we’re all cracking up, but there really is a need to teach them to take praise and to learn not to fall in love with themselves when people say how good you are. So there were all those sorts of additional things that I learned as I was growing up.

But there’s still a question about how much school time should be spent on kapa haka — and how long the performances should be in the competitions. I remember Parekura Horomia challenging me about that.

He said: “Tihi. Why do you fullas spend so much time on it? And why is your programme so long? Is it 25 minutes?” And he had a point, partly because of the energy it takes out of the tutors. So I’ve tried to advocate that we cut back because it takes hours and hours for a tutor to refine all the movements in a programme that’s that long.

Gee, Dale, I think I’ll get killed for saying this publicly, but I actually do believe we’re doing too much. I hear people moaning about kapa haka. That they’re tired of it. Or they’re focusing too much on winning. Or on showtime and needing to get their hair specially done. And their eyelashes done. And really dressing themselves up.

Yeah. I just think we’re starting to overdo it.

Let’s turn for a few moments to the teachers who influenced the way you’ve operated as a teacher?

Well, the man who comes to my mind straight away is John Tapiata because he taught us that being nice to kids, and to other people, was what counts — and that you get more from people that way. Monty Ohia was another. And Willie Kaa. Also Hone Taumaunu. Then there was Timoti Karetu challenging us about the quality of our reo.

It’s a delicate business trying to get the recipe right to bring our young people on board with what we’re trying to share with them — and being a nice teacher at the same time. There was an adage for beginning teachers: Don’t smile before Easter. And there may still be some gruff personalities who operate that way. But, if we glance at the political world, are there memorable figures there?

Koro Wetere’s passing has been a reminder of the work that he did, Matiu Rata too, in opening doors for the developments that we now have. And, of course, outside parliament there was Ngā Tamatoa with the likes of Syd and Hana Jackson.

But Whetu (Tirakatene Sullivan) also comes to mind, because she was personally very supportive in Te Waipounamu.

I heard that she followed your fashion styles.

Nah. It was me following her fashion styles.

Mentioning Whetu is a reminder that much of your work has been in Christchurch. But Ōtautahi is only a part of your story because you’re from Matawaia up past Whangārei. And that’s a small town known for churning out wāhine toa.

Yes. I come from strong women in Matawaia. Waihoroi Shortland is another product of Matawaia. Some people around the country see him as unique. But in Matawaia, he’s not unique. That’s how they are there. You’d realise that if you saw my aunties and my brothers and all that. You come up home, you gonna see a whole hapū of those sorts of people.

I feel lucky to have been brought up there. And I often say that when you’re raised in Matawaia, you can handle anything. But it’s not just my family. It’s all our whānau, all the relations. And there’s all these strong, bolshie, opinionated women at whatever level or whatever work they do.

You’ve been a wonderful ambassador for all things Māori out of Ōtautahi even though we know of your powerful connections to the north. But among the significant challenges for Māori communities in Ōtautahi have been the earthquakes. Of course, Rūaumoko doesn’t sleep and so we know the threat is always there. How has it been coming to terms with living in a volatile whenua?

Well, through Rūaumoko and the earthquakes and that constant threat there all the time, I think it’s made the community closer. People came together. Me te iwi Māori me te iwi Pākehā came together. We’re very close, and I think being away from home, from your own people, has added to that.

Big events have a habit of finding their way into waiata and haka. Perhaps that’s what’s happened in this case. But, when you look back at your compositions, what are you most proud of?

One of my favourites is the Matawaia song, Tekau i mua. That means a helluva lot to us. It goes: Ko Tekau i mua te hapū o roto o Matawaia te ohonga mai o ngā tūpuna …

That’s the best song in the world. Did you write that? I thought your young fulla, Te Huaki, wrote it.

We wrote it. Together.

What a song. The biggest song from the smallest community.

In the group, there’s also another song that’s sort of become our anthem. It’s a waiata called Kia Mau, and everywhere we go people ask us to sing that.

There’s a richness to the work that you’ve done with Te Kōtahitanga and I wish you well as you morph into another rōpū.

As an interviewer, though, I’ve been derelict in my duty — in that I haven’t asked you about your tāne, Wiremu. He was one of those young men on a trade training course in Christchurch, wasn’t he? And you took a fancy to him because he had flash shoes or something? Or was it the other way around?

It was the other way around. He was persistent. We’ve been together now for over 40 years. He prefers to stay in the background or at my side rather than being out in the front. But he’s been very much a part of my hikoi, playing the guitar and doing whatever needs to be done — and, as I was saying to him the other day: “If I ever get another award, I have to put you in it, too.”

From afar, Tihi, I salute you because of your commitment to our Māori ways. Not so much for your knowledge but for your willingness to share your understandings of that with many, many people.

And, finally, can I ask what you’re hoping our generation will leave behind for our moko?

Well, of course, it’s the legacy of being Māori, and the hope is that they remain being tūturu Māori. I tell my son and his mates and all of them, about the joy, the buzz, we get from hearing the young ones talking that way, too. I feel really affirmed by that.

And, if they can keep being their Matawaia selves and influence the rest of the Māori world, that’s what I’d love.

This interview has been condensed and edited for clarity. 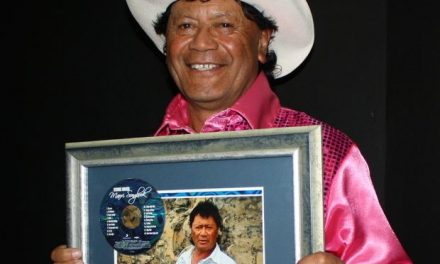 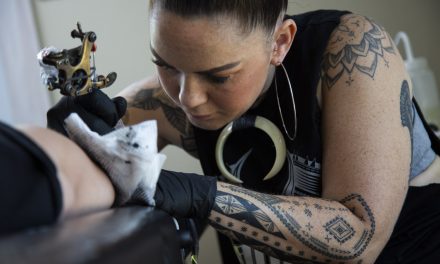 Tyla Vaeau: Walking with your ancestors 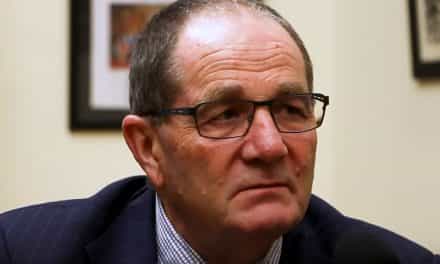 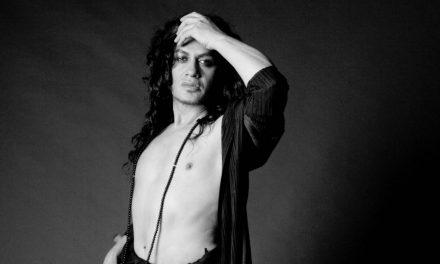