Steph Matuku: What the heck is Māori Literature? 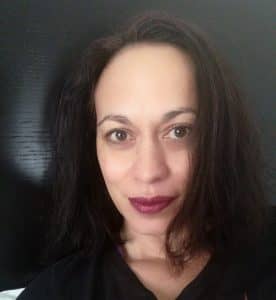 This piece by award-winning Taranaki writer Steph Matuku is one of five features celebrating Te Wiki o te Reo Māori from The Sapling, a website devoted to children’s books.

I’m a writer by trade and by default. The majority of my work comes from writing marketing material for businesses — radio advertising, blog articles, website copy and whatever else swings my way.

But my heart lies in writing fiction for children and teens. At the moment I’m working on a series of novels set on another planet (I don’t know exactly where — second star to the right and straight on till morning, I guess).

I’m writing about a bunch of teens at school learning hand-to-hand combat sports and laser gun warfare and spaceship battle manoeuvres and things, all for points, privileges and school mana. Then their country gets invaded and they have to use their skills for real. It’s so much fun to write (exploding alien monsters = so cool) and I’ve had good feedback on the early drafts.

But when I told a Māori friend that I was writing this epic space drama, he said, “But as a Māori writer, don’t you have a responsibility to write Māori stories?”

I stuttered a bit at this and went, “Yeah, nah, I dunno, I just … gosh, is that the time?” And then I ran away so I wouldn’t have to answer this extremely complicated question.

His comment made me feel bad, as though I was not only wasting my time and energy writing about alien teenagers flying around in space, but I was also letting my people down.

I was letting the tamariki down! I’m a Māori writer and I’m suddenly shouldering all this responsibility I never knew I had before! I should have been writing about — cue: puzzled frown — what, exactly?

I’ve been pondering this question for weeks now, which is annoying. I like things black and white. Or brown and white, as the case may be.

If I write about Māori kids living in England and doing English-y things — is that a Māori story?

A story written in te reo is probably a Māori story, but what if it’s translated from a different culture? Does it become Māori just because it’s in te reo? What if I wrote my space drama in te reo? Would that make it Māori enough?

Do Maōri stories have to be about Māori lives? And what does that mean? We’re all different with different experiences behind us. How can we all be stuffed into one little brown box? We wouldn’t fit.

My reo is fairly minimal and my relationship with my whānau and marae is scattered at best. This is part of my journey that I’m exploring with both excitement and anxiety. But my whakapapa doesn’t lie. My whakapapa says who I am, where I’m from, and that I am Māori, no matter what.

So does that mean that I get to decide what a Māori story is? I’ve discussed this with people who are way smarter than me, and have actual degrees and stuff — writers, publishers, editors and arts practitioners. The consensus seems to be that if you are a Māori writer, anything you write becomes part of the canon of Māori literature.

I put that sentence in italics, not because my keyboard is a bit wonky and does weird things sometimes, but because it needs to be given emphasis. This sentence is a permission slip, an invitation, an opportunity to explore our creativity as Māori people without being censored in any way.

We all know Māori are innovators, adaptors, creators and experimenters. We have spectacular art, amazing theatre, incredible music, and wonderful stories told both on, and off, the page. But I don’t think we’re doing enough. I think unconsciously we’re suppressing ourselves. We’re putting off potential writers because they feel the need to conform to an unspecified criteria. Our current writers are limiting their range because they’re being told, “You should be writing Māori stories.”

This isn’t fair. If no one can define exactly what makes a Māori story Māori, how can anyone put limits on it?

Part of the conversation about Māori literature I’ve been having is with those who have the power in publishing. They say that many stories they receive from Māori authors — especially emerging authors — tend to follow similar themes. Brutal stories of domestic violence. Poignant tales of returning to the rural marae. Retellings of classic myths.

These stories are necessary, but they’ve been done so many times they’re almost a cliché. I’ve done them myself. And guess what? Those kinds of stories are the ones I’ve had the most success with. The publishing industry is pretty white, let’s face it. And it feels to me that these are the types of stories Pākehā think that Māori should be writing. They feel comfortable with them. They support them because they’re familiar with them. And by doing so, they’re helping to reinforce that well-trodden circle of the same old, same old.

But we can’t put all the blame on the industry. I think we’ve shackled ourselves. I think we’ve been so influenced and humbled by the great Māori writers of decades past, that those classic stories are now what we think of as quintessential examples of Māori literature and that’s what we should be producing.

This way of thinking is stifling. As Māori, we look to the past to make sense of our future. But we can’t relive it. We have to forge on.

I believe that Māori literature (or Choc-lit as one amazing writer once dubbed it — okay, it was me), should be innovative and evolving, just as we are. Our writing should encompass all genres and themes and worlds and structures. It should be whatever the hell we want it to be.

But we need to give ourselves permission to do it, to break down those self-imposed boundaries. To be proud and excited that no matter what we write, it’s a Māori story and it belongs to a category that’s unique, no matter what form it takes.

That story comes from our fingertips, from our hearts and our dreams, and from those who have passed on before us. We are Māori, and the narrative inside us is Māori too. Ever changing, ever evolving, never-ending.

If you’re a Māori writer — aspiring, dabbling or serious — allow yourself to explore your range of creativity. There is no limit. Absolutely none. There is nothing but your stories.

Our thanks to The Sapling for allowing us to publish Steph’s piece. Here are the links to the full series celebrating Te Wiki o Te Reo Māori:

The Magic of Translation, by Nadine Millar

Te Reo Māori in Schools: 10 Things You Can Do, by Nadine Millar

The Reckoning: What the heck is Māori Literature? by Steph Matuku